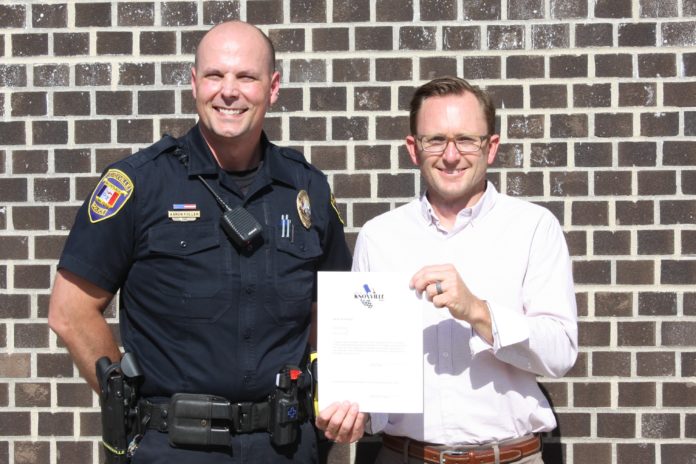 Knoxville Mayor Brian Hatch swore Aaron Fuller in as the new Police Chief Tuesday, June 2, outside of the municipal building.

Around 20 people gathered for the ceremony, including retired Chief Dan Losada. Prior to taking the oath of office, Fuller said he believes the council’s decision to hire an internal candidate for the position of Chief is representative of their confidence in the department’s performance. He hopes to carry this confidence on through his new leadership role.

Fuller and others were planning to meet Wednesday to discuss filling the Lieutenant vacancy created by his promotion.

Video of Hatch administering the oath of office to Fuller is available on the Tribune‘s Facebook page.