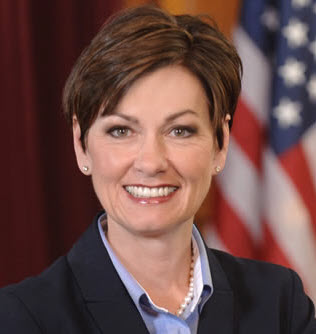 The State hopes to complete the backlog of COVID-19 tests today (Monday, May 4).

At her daily press conference this morning, Gov. Kim Reynolds reported that several tests were completed over the weekend. Once again, she reassured the media in the room that the Test Iowa machines have been validated, as have their tests for accuracy. Funding for the tests is coming from the CARES Act.

“I have complete confidence in Dr. Patella and his team at the State Hygienic Lab,” Reynolds said.

The Governor was questioned about the number of those who have been tested (1 in 52 Iowans) versus the number of negative test results, and what someone should do if one continues to not feel well, even after testing negative for COVID-19.

In Marion County, there have been 12 confirmed cases and nine have recovered. There have been 323 tests performed locally. According to Marion County Public Health Director Kim Dorn, “recovery” means, “they have had no fever for at least 72 hours without the use of fever reducing medication AND Other symptoms have improved (but not necessarily completely gone) AND at least 7 days have passed since symptoms have first appeared OR, they have received two negative tests in a row, 24 hours apart.
“In Iowa, it has generally been the 7 days since symptoms passed, due to the inability to get testing materials. It may change with the new testing availability, I don’t know. Have not heard. At this time, we are continuing with the 7 days method.”

Four running for Pleasantville School Board