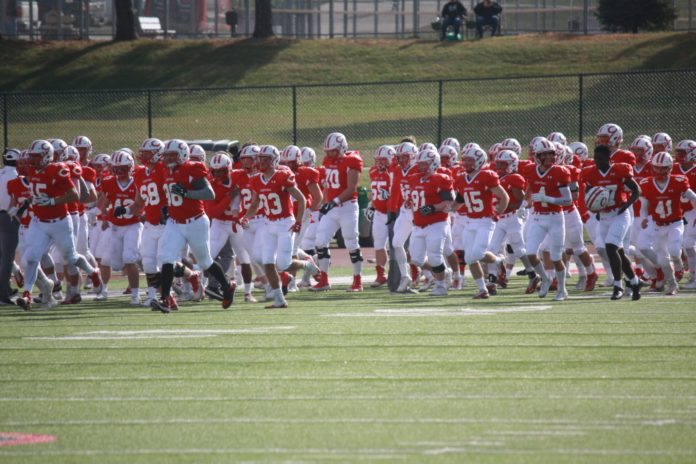 PELLA—After making just three trips to Michigan in the past 128 seasons, the Central College football team will journey there twice in eight days as Olivet College (Mich.) was added to the 2020 schedule.

The late switch was necessitated because a scheduled Sept. 5 season opener with Hastings College (Neb.) was canceled at Hastings’ request.

But less than five months prior to the start of the season, coach Jeff McMartin was fortunate to not only fill the open slot but to find a quality NCAA Division III opponent. Hastings is an NAIA institution and the game would not have been included in consideration for regional rankings.

Central will play Olivet at Olivet, Michigan Sept. 5 at 1 p.m. Eastern Time. Olivet is coming off an 8-2 campaign with a 5-2 mark in the Michigan Intercollegiate Athletic Association, finishing second. The squad returns three all-conference players. Defensive back Anthony Merriman, who will be a junior this fall, was a first-team pick and a third-team D3football.com all-North Region honoree. Defensive back Isaiah Moon, a 2020 junior, was a first-team selection and junior tight end Seth Young was a second-team honoree.

Under coach Dan Musiewicz, who is heading into his fourth season, the Comets matched their third-highest season win total in school history.

Central’s only other meeting with Olivet was in Pella in the 2007 NCAA Division III playoffs. The Dutch were 38-17 winners in the first-round game.

The Dutch will then travel to Kalamazoo, Michigan Sept. 12 to take on Kalamazoo College in a first-ever meeting. he Hornets were also 2-8 while finishing 1-4 in the MIAA will return a pair of all-conference players this fall.

That’s all prelude to a pivotal American Rivers opener Sept. 19 at Wartburg College in Waverly. Central and Wartburg shared the league title last year, with the Dutch scoring a memorable 57-56 overtime upset of the preseason conference favorites at Pella Nov. 9. Both teams received NCAA playoff bids.

McMartin enters his 17th season with a 126-42 (.750) record and is among the winningest active coaches in Division III. He’s a four-time conference coach of the year and one of just two Division III coaches serving on the American Football Coaches Association board of trustees. McMartin has the third-longest tenure of any Central coach, behind Ron Schipper (36 seasons, 1961-96) and Richard “Babe” Tysseling (23 seasons, 1938-60). The Dutch have had just four head coaches in 72 years.

Central is the fourth-winningest NCAA college and university since 1975 and has not had a losing season since 1960.