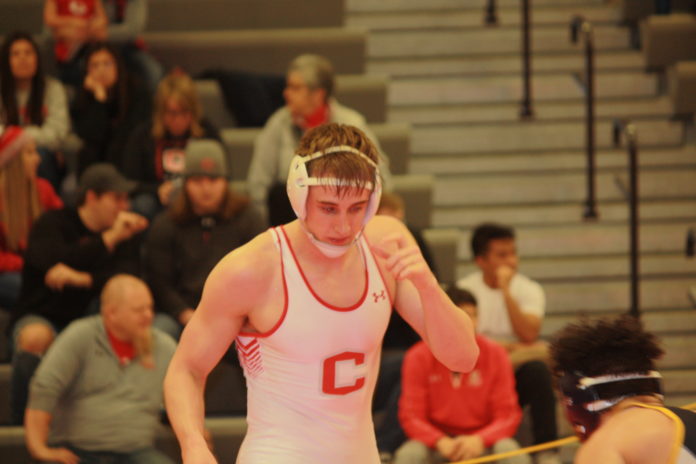 There were no team scores as eight different programs sent underclassmen and reserve wrestlers to Pella.

Chase Poston (sophomore, Olympia, Wash.) was the lone individual champion for the Dutch, going 2-0 to win at 125 pounds. Poston won his first match by an 18-1 technical fall and won the title match with an 11-2 major decision over teammate Carlos Posas (junior, Madera, Calif., South HS).

“He’s been training really hard and wants to be on the mat,” coach Eric Van Kley said. “He got an opportunity today and showed what he is capable of doing.”

“They are all guys we’re going to need the next couple of years,” Van Kley said. “They showed some potential today and at the same time they know there are some things they need to keep working on. They have good attitudes and we’ll keep pushing forward with them.”

“It all shows the depth of our program,” Van Kley said. “We’re proud that it’s not just starters and that other guys are capable of putting in great effort.”

All focus turns towards the NCAA Division III Lower Midwest Regional February 29 – March 1 in Dubuque at the Five Flags Center.

“It’s a big two weeks of training ahead of us,” Van Kley said. “We believe in our system. We’ll make sure we are healthy and ready to go for a fun weekend in Dubuque.”