The Libertarian Party of Iowa is pleased to announce the results of our first ever Libertarian Presidential Preference Poll. Libertarians gathered across the state at county level caucuses and conventions to elect officers, build county committees and select delegates to the 2020 LPIA State Convention. Additionally, The LPIA conducted a Virtual Caucus, ensuring the greatest possible participation and inclusion for Libertarians across the state. The LPIA, in the tradition of the Iowa Caucuses, held a Presidential Straw Poll to signal registered Libertarians preference for our Presidential nomination. We are pleased to announce the winner: Future of Freedom Foundation founder Jacob Hornberger, who took a commanding 47.52% of the vote. Rounding out the top five are former Rhode Island Governor and U.S. Senator Lincoln Chafee, 1996 Libertarian Vice Presidential Nominee Jo Jorgensen, Veterans Against the Iraq War founder Adam Kokesh and software engineer and entrepreneur Daniel Behrman.
The Libertarian Party of Marion County held their first County Convention coinciding with the LPIA Caucus on Saturday, organizing the inaugural party officer elections. Attendees elected Knoxville’s Mike Conner, Jr., as Chairperson and Logan Spangler as party secretary. County party officials will petition the LPIA State Central Committee at Iowa’s state convention on 2/29/2020 to be officially recognized as a county affiliate by the state party. Marion County libertarians also participated in the Presidential Preference Poll, both in person and via the virtual caucus, with Jacob Hornberger also winning at the county level with 75% of the vote. Lincoln Chafee and former CEO of McAfee Inc. John McAfee came in second, both receiving 12.5% of the vote.
About Jacob Hornberger, from his website:
Forty years ago, when he was a young trial lawyer in his hometown of Laredo, Texas, Jacob Hornberger discovered the libertarian philosophy. The discovery changed the course of his life.
Jacob is founder and president of The Future of Freedom Foundation a non-profit educational foundation whose mission is to present the principled case for the libertarian philosophy (and which, as a non-profit foundation, does not endorse his candidacy or any other candidacy).
On November 2, 2019, Jacob announced his candidacy for the 2020 Libertarian Party nomination at the South Carolina state convention.
Iowa state delegates will select our national delegation at the 2020 LPIA State Convention and Presidential Forum at Grand View University in Des Moines, Iowa, on February 29th. These delegates, while not bound to these results, will give thoughtful consideration of these results. The candidates in attendance of the Presidential Forum will discuss the issues that Iowa Libertarians hold dear. Jacob
Hornberger, Iowa Caucus winner, will be a participant along with nine other candidates, click for information on Forum and Convention
Full results:
Jacob Hornberger 47.52% Lincoln Chafee 12.77% Jo Jorgensen 6.38% Adam Kokesh 6.03% Daniel Behrman 4.96% John McAfee 3.55% Vermin Supreme 3.19% Other (Write In) 2.84% None of the Above 2.84% Sam Robb 2.48% Max Abramson 2.13% Mark Whitney 1.42% Arvin Vorha 1.06% Ken Armstrong 0.71% Keenan Wallace Dunham 0.71% Souraya Faas 0.71% Benjamin Leder 0.35% 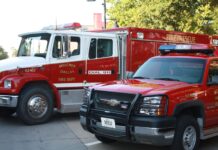