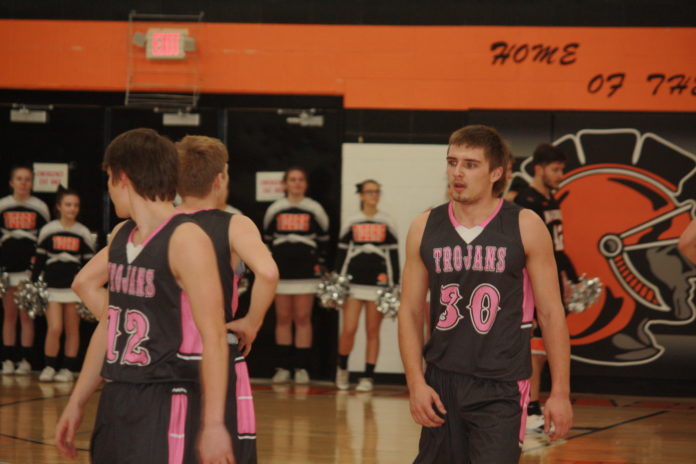 Four Pleasantville varsity boys’ basketball players were in double digits as the Trojans defeated Interstate 35 Feb. 4 by a score of 66-44.

The Roadrunners had a one-point lead after the first quarter, 13-12. Pleasantville took control in the second quarter, outpacing I-35 by a 16-10 margin. The Trojans did not let up in the third, as the defense held the Roadrunners to six points, while Pleasantville added 23 to the score. This was enough to take the game, as both teams scored 15 in the final frame.

The boys travel to Ogden Friday night, Feb. 7, then face ACGC on the road Feb. 10, before returning home to take on Van Meter on Feb. 11.

Vanderhart strikes out eight against Sigourney

Anthony leads the state in rushing