Reed Kious with the Marion County Sheriff’s Office filed complaints that allege Nichols sent threatening text messages to a male and a female prior to an altercation that took place near the Monroe County line.

A 911 call was forwarded to Marion County from Monroe County around 6:59 p.m. Jan. 19. The caller stated that there was an altercation between two males. Law enforcement interviewed one of the males, believed the be one of the victims in this case, who stated that he and Nichols had exchanged messages via cell phone. Nichols allegedly sent several messages leading up to the altercation.

Kious alleges that law enforcement observed messages on the male victim’s phone that were attributed to Nichols. The messages included insults about the victim’s deceased mother and threats to kill the male victim.

In a separate complaint, Kious alleges that messages attributed to Nichols included threats to the female victim’s life. She said she knew the messages were coming from Nichols because his name appears in her phone when she received them. Images of items sent also are said to include a knife.

Nichols is scheduled to be back in court at 9 a.m. Jan. 31. Bond was set at $5,000 per count. Sheriff Jason Sandholdt told the Tribune that the case remains under investigation.

As with any case, all suspects are innocent until proven guilty in a court of law. 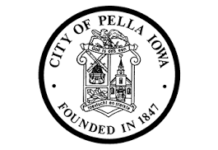