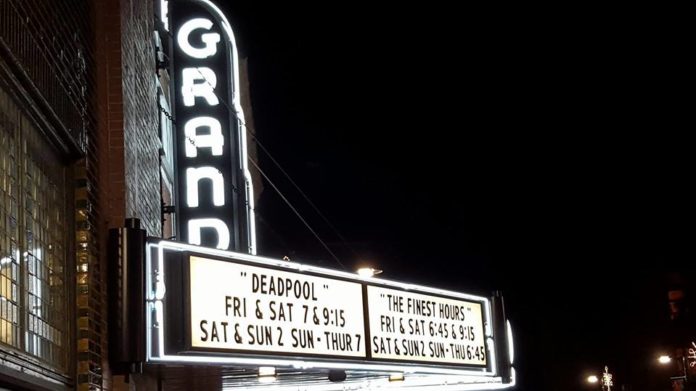 As a proud member of the Independent Cinema Alliance (ICA), the Grand Theater is excited to host the first annual “Independent Cinema Day” on Saturday, January 18, 2020. This social holiday is an opportunity for moviegoers nationwide to support their local independent cinema.

Using the campaign slogan, “Love Local Cinema,” the Grand Theater is encouraging the local community to attend the movies on January 18th and share their experience on social media. Guests who attend can take pictures of themselves and post to their preferred social media channel using the hashtags #lovelocalcinema and #independentcinemaday.

Grand Theater’s Executive Director, Sean Skeehan, explains, “By going to the movies at an independent cinema, people can have a sense of pride knowing the money is going back into their local community, local jobs are being supported, and they are able to enjoy a more authentic movie-going experience than what’s offered by many larger chain cinemas.”

Formed in 2018, the ICA is a non-profit organization that advocates on behalf of independent cinema owners by promoting innovative pro-cinema solutions to film distributors. the Grand Theater became a member of the organization in 2019.

“Independent cinemas constitute around 20% of North America’s theatrical box office revenue, and we believe they are a vitally important segment of the industry,” said Bill Campbell, President and CEO of Orpheum Theatre and ICA Chairman. “Our hope is that through this campaign, moviegoers will recognize their personal role to support this vital segment of their local economy.”