The Pleasantville High School varsity boys’ basketball team lost only one starter from last year, Grant Fouch. Head Coach Joel Allman believes the top six players of the team are all set – what he’s looking for are players 7-10.

Those top six include Tagen Douma, Caylor Clark, Brady Powers, Mason Scheve, Taron Mount and Mitch Harken. Aaron Wilkins is on the team, but on the bench to start the season due to a football injury.

“We’ve got a good, core group of guys,” Allman said. “I’m looking for juniors and sophomores to step up and become varsity players.”

The Trojan bench is good with 26 players, but that is below the norm of 28-30. However, Allman believes 10 of them have looked like true varsity players and hopes that the rest step up their game in practice.

Pleasantville will have tough competition in the West Central Athletic Conference, with Des Moines Christian and Van Meter casting imposing shadows. Woodward-Granger will also be tough, as will Madrid. Allman believes every WCAC team will be better this season.

“It’s going to be a fun year,” Allman said. He is looking forward to seeing how well the Trojans can compete among them. Keys will include getting off in transition between defense and offense faster – ball control will still be key, but he wants the players to be quicker. Defensively, he’d like to see his players show a little more focus on the court this season.

The boys begin their season officially at home on Dec. 3 against Melcher-Dallas. They will play a special scrimmage against Eddyville-Blakesburg-Fremont on Nov. 26. This is a Hall of Pride service project game. Admission will be a canned good for the local food pantry.

“I think we have a great group of guys,” Allman said. “They’re good basketball players with strong character. We are all excited to get on the court and get the season going.” 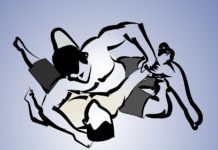 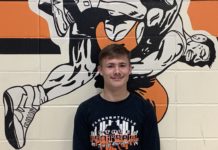