By Pastor Doug Brady
Living Word Fellowship
“I will bless the Lord at all times; His praise shall continually be in my mouth.” – Psalms 34:1
Throughout history the people of God have seen tremendous battles won & deliverance’s gained when they lifted up their voice and praised the Lord. We can rest assured that the Lord has not changed. As His people continue to bless His name and call out to Him in praise and adoration He will inhabit their praises. It is a good thing to give thanks unto the Lord and to sing praises unto thy name. No matter what the circumstance we can give God praise. Let’s take a look at two examples of praise and its power, one from the Old Testament and the other from the New Testament.
A SONG IN BATTLE During the reign of King Jehoshaphat, the Ammorites and Moabites came against the Israelites. Jehoshaphat cried unto the Lord in prayer and He answered him.
“And he said, Hearken ye all Judah, and ye inhabitants of Jerusalem, and thou king Jehoshaphat, Thus saith the Lord unto you, Be not afraid nor dismayed by reason of this great multitude; for the battle is not yours, but God’s… And Jehoshaphat bowed his head with his face to the ground: and all Judah and the inhabitants of Jerusalem fell before the Lord, worshipping the Lord. And the Levites, of the children of the Kohathites, and the children of the Korhites, stood up to praise the Lord God of Israel with a loud voice on high… And when he had consulted with the people, he appointed singers unto the Lord, and that they should praise the beauty of holiness, as they went out before the army, and to say, Praise the Lord; for his mercy endureth forever. And when they began to sing and to praise, the Lord set ambushments against the children of Ammon, Moab, and mount Seir, which were come against Judah; and they were smitten.” – 2 Chronicles 20:15,18,19,21,22.
As they humbled themselves and prayed the Spirit of God moved upon a young man in the congregation who prophesied unto the nation of Israel. His message was one of victory as he told them not to fear, for the battle was the Lord’s. As they acted together in obedience and faith to the Word of the Lord the battle was won. When they sent the praisers ahead of the army saying, “The Lord is good and His mercy endureth forever,” they witnessed a manifestation of God’s power.
A SONG AT MIDNIGHT
In Acts 16 Paul and Silas were imprisoned for ministering in the name of the Lord. After they were beaten, and put in stocks they began to sing praises unto God at the midnight hour. They sang and glorified Him! All the prisoners heard them but more importantly, God heard them and sent an earthquake which opened the prison doors and set the captives free. What power was made available as they prayed and sang praises unto Him.
We can see in these examples that God is still God and He inhabits the praises of His people. Let’s all put on the garment of praise and give Him the glory for the great things He has done! “In everything give thanks for this is the will of God in Christ Jesus for you” – Thes. 5:18 May God’s richest and best always be yours! 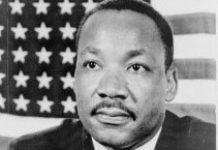 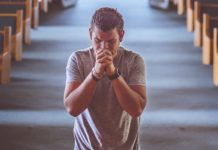 Don’t Throw in the Towel 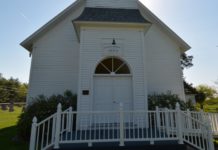 Over $6,500 in diapers donated to Riverside Church