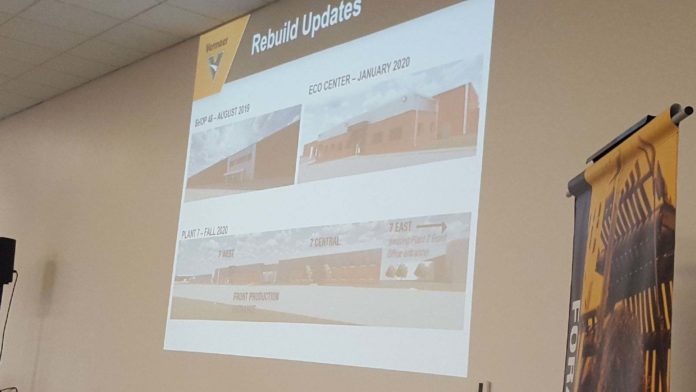 Reynolds was at Vermeer the day after the July 19, 2018, EF-3 twister that leveled Plants 5 and 6. She was back at Vermeer 54 weeks later to discuss her apprenticeship program that began in Pella.

Andringa reported that the company chose to retire the numbers 5 and 6. The new buildings will be named Shop 48 and Plant 7.

“I have no doubt they will come back stronger and better than ever,” Reynolds said of Vermeer. “It’s incredible what they have been able to accomplish.”