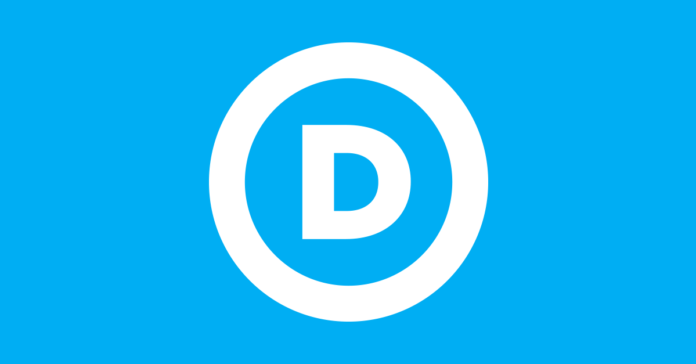 Tonight’s second ten-candidate Democratic Party presidential debate comes down to a tie, in my view, with the winner likely to be determined by the kind of voter you are. For those attracted to more energetic candidates, Sen. Kamala Harris was the clear winner and for those who support candidates who can get their point across while remaining cool, it has to be Mayor Pete Buttigieg.

Harris’s strong night began early on, as many of her primary opponents – led by Sen. Kirsten Gillibrand – argued over each other on stage. Harris spoke above the fray and said, “America does not want to witness a food fight. They want us to know how we’re going to put food on the table.”

That, of course, sparked a big reaction from the Florida crowd while leaving the stage in silence.

But her biggest moments may have been when she chastised Joe Biden for his remarks which seemed to be supportive of his racist, former Democratic Senate colleagues. Harris said his comments were hurtful, as she said she was among the first to ride a bus to help integrate schools – something Biden’s old friends fought.

Harris said she does not believe Biden himself is a racist, and Biden replied, “I did not praise racists” as the two exchanged words.

The damage Harris may have suffered in this debate would have been self-inflicted, as she endorsed ending all private health insurance, referred to climate change as a “climate crisis” and spouted off a number of executive orders she would take to infringe upon gun rights. A lot of Americans work for insurance companies and while she did not say she would write an order to take guns away, it might not be out of the question. But overall, I think she won over some Democratic voters.

For Buttigieg, the only veteran on stage tonight, the camera never zoomed in on him if he was involved in any of the kerfuffles that broke out on stage. He kept a calm demeanor, while most of his positions matched those of his competitors.

Buttigieg first espoused his support of free college for low and middle income students. He was also the first and only candidate to speak in Spanish (in a reply to a Spanish greeting by the moderator).

The only time Buttigieg was visibly involved in a disagreement was with Rep. Eric Swalwell. While discussing a police-involved shooting in his city, Swalwell interrupted by saying Buttigieg should fire his police chief. Buttigieg did not respond and stayed on point.

Buttigieg supports making Medicare a health insurance option for everyone, but does not support the extreme of eliminating all competitors to the government.

“Even (in England) there is a private sector,” Buttigieg said. Like everyone else on stage, Buttigieg supports putting illegal immigrants on a public-option health insurance.

They all want taxpayers to pay the medical costs for those who violate our immigration laws, and none of them would deport illegal immigrants whose “only crime” (stated in such a way to undermine the seriousness of violating U.S. federal law) was crossing the border illegally.

If they won’t do that, I believe that is an immediate violation of the presidential oath, which says they will execute the duties of the office. One of those duties is seeing to it federal law is enforced.

While on the subject of illegal immigration, the Trump Administration was accused of child abuse, kidnapping and tearing apart the moral fabric of our country because children are detained separately from adults. I guess all of these candidates forgot that Barack Obama and their fellow blue rival, Biden, initiated this policy.

Biden took the biggest beating, as suspected, but he offered no new ideas. Swalwell kept attacking Biden and Sen. Bernie Sanders by talking about the next generation. Biden, in response to all of his criticisms from the moderators and the other candidates, could only go back to the past.

He offered nothing new, it was just his record and what Obama did. Touting his record is a good idea, but when on stage with a group of younger, fresher candidates, he needed to bring some new material.

The same can be said for Sanders, as he spouted the same ideas he ran on in 2016. Basically, that communism is the way we should go as all corporations are bad and so is profit.

Gillibrand was bold in her attempts to get screen time. She constantly interrupted and piled on to Sanders’s ideas. In fact, at one point, the camera was on Rachel Maddow when Gillibrand interrupted and Maddow could not hide her anger or frustration. Obviously, NBC quickly switched cameras. But I’m quite sure Maddow’s scowl will find its way to the world of memes soon, if it has not already.

John Hickenlooper, Marianne Williamson, Andrew Yang and Michael Bennet were also there. They struggled for screen time and when they got it, none stood out.

All of these candidates just seem to have the same agenda of destroying wealth, raising taxes, increasing government control, eliminating borders, further restricting the Second Amendment and sucking up to Europe and China.

This is strictly my opinion, nothing more. I do, once again, want to link the websites to tonight’s candidates so you can learn more about them if you so choose.

Can any of us escape our past?