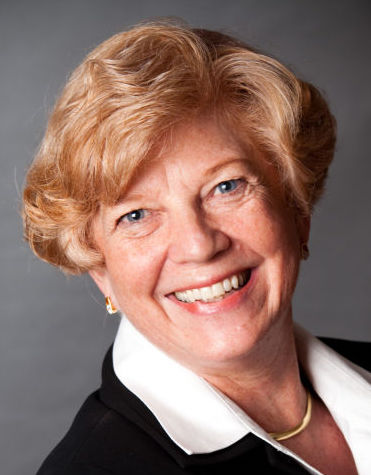 Fields is a 14-year resident of Knoxville, and a longtime resident of Iowa. In May, she will retire from William Penn University in Oskaloosa, where she has taught and served as president.

Her educational background is complemented by years of farming. Education and Agriculture of two of the planks in the platform on which she has based her campaign of CHANGE.

The rest of it includes Collective Bargaining. Fields would work to restore contract elements teachers and public sector unions are allowed to negotiate. In 2017, the Republican-controlled Legislature took some of these away. She would also push to increase the minimum wage. The minimum wage, according to Fields, should be at least $10-12 an hour.

Fields is also critical of Branstad’s decision to privatize Medicaid. She supports following “a model that works” in Medicare and would explore the possibility of a single-payer policy to offer those without insurance.

The “N” covers her desire to protect and improve Iowa’s natural resources. She believes in a strong conservation program that needs to be touted more by the state government. Her goal is to marry sustainability with conservation to provide good profits to farmers. One of her ideas is taking some acres out of production to produce less – thus increasing demand and price.

Promotion of ethanol production, as well as solar and wind energy, would also be among her goals. Fields believes wind is good for farmers and the state.

“G” is for gender equality and women’s reproductive rights. According to Fields, 1 in 7 Iowa women live in poverty, as well as 1 in 7 children. She also says Iowa women earn 76 cents on the dollar compared to males. Fields believes that increasing the minimum wage would help improve this, while boosting small-town economics and getting more people into the workforce.

Fields is a strong supporter of community involvement and believes in bipartisanship. She praised Republican Sen. Amy Sinclair for what Sinclair has done to get more funding for school transportation. Fields is confident she would be able to work well with Sinclair on mental health issues.

Sinclair chairs the Senate Education committee, while the Republicans have control of that chamber. Fields would support preschool funding for all children, as she believes those without preschool start out at a disadvantage from which they cannot recover.

More community involvement is needed to improve public education on the whole, according to Fields. She would like to see more senior citizens reading to children, for one thing. Education should put more emphasis on skills, not test scores she believes. Fields would encourage more apprenticeship programs, as she believes not every student needs a degree, but all need a skill.

Fields’s own education includes a BA in agriculture business, a Master’s in economics and a PhD in education and policy studies. She has been involved in the Knoxville Youth Initiative and in the summer meals program. In closing, she hopes to use her experience, knowledge and passion to help the people of District 28.