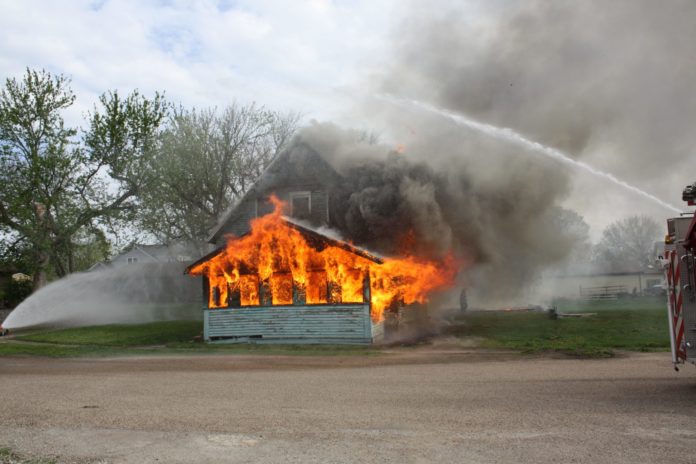 Pleasantville Emergency Services held a practice burn at 108 E. Jackson on Saturday, May 5. 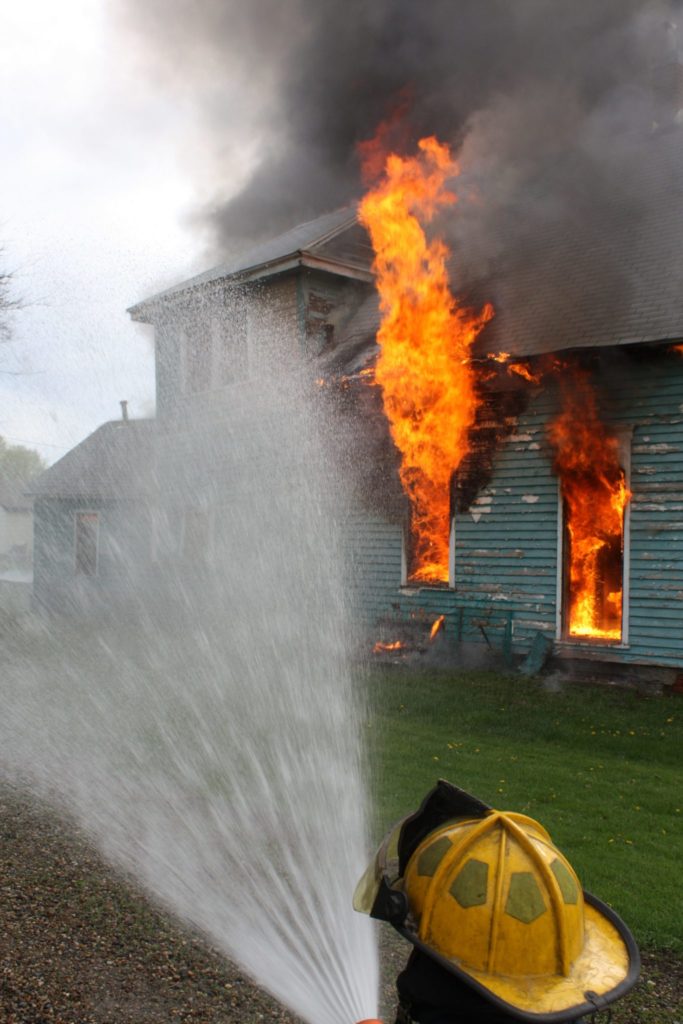 Fire Chief Jordan Van Ness tells Pleasantville Weekly that there were many lessons taught during this exercise. These included the proper placement of rigs, locating hydrants, placement of other firefighting apparatus and setting up hoses. 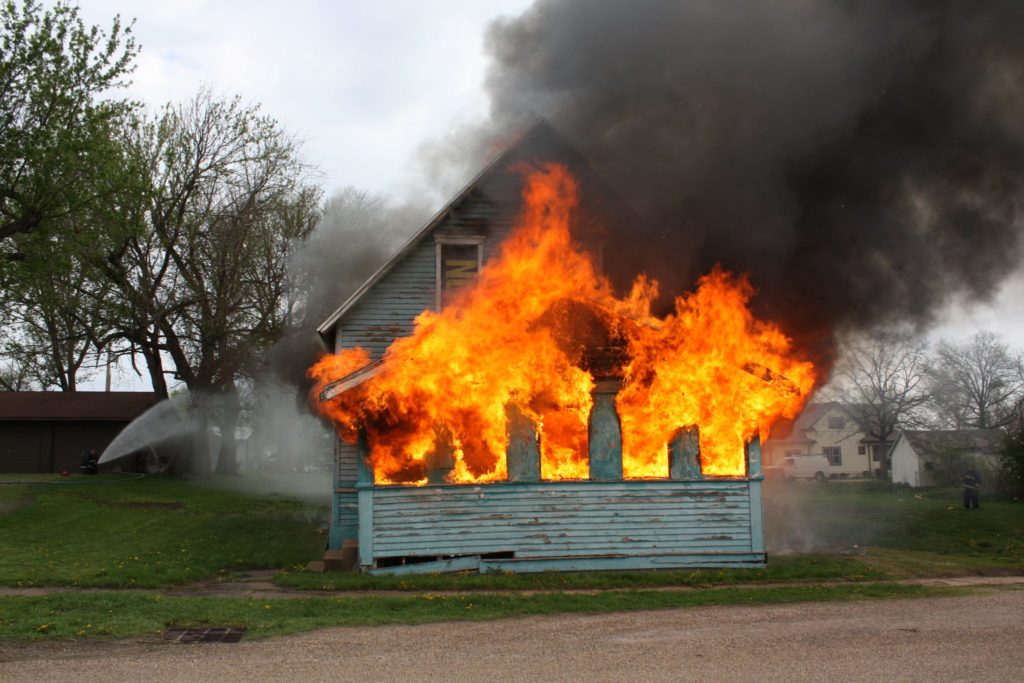 Iowa allows fire departments to hold two practice burns of homes with shingles each year. This was the first for Pleasantville since November 2016. 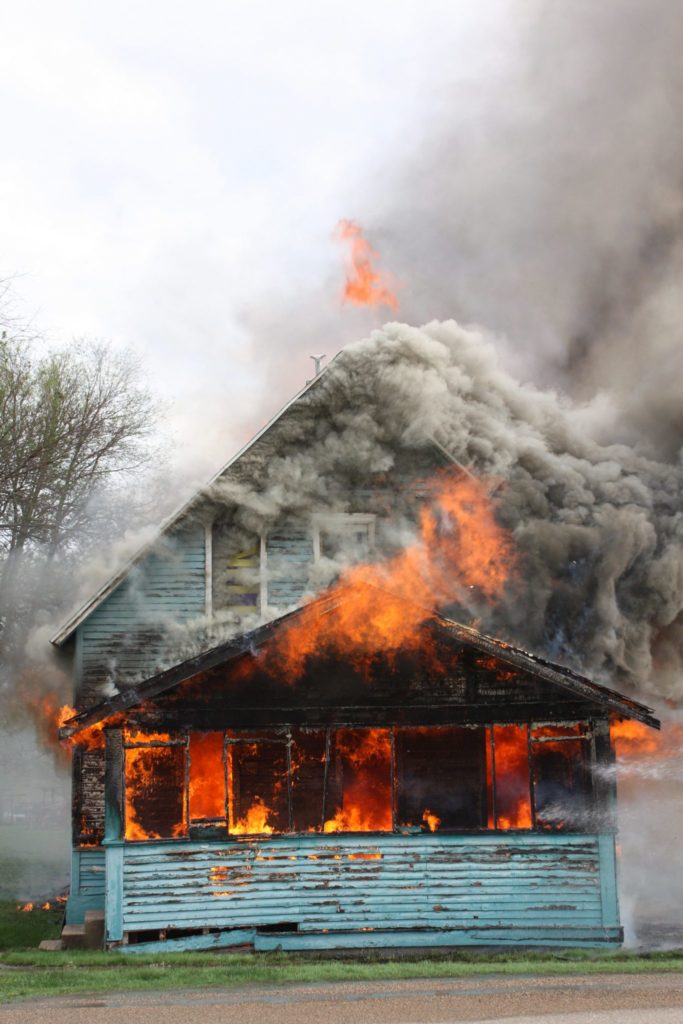 Other departments were invited to take part in the practice burn, but scheduling conflicts kept them away, as well as nearly half of the local members. Van Ness said for those who were able to attend, it was very educational. Firefighters were reminded about how to protect nearby structures, trees and power lines. They also saw firsthand how quickly a fire can spread, as an attached two-car garage burnt quickly. 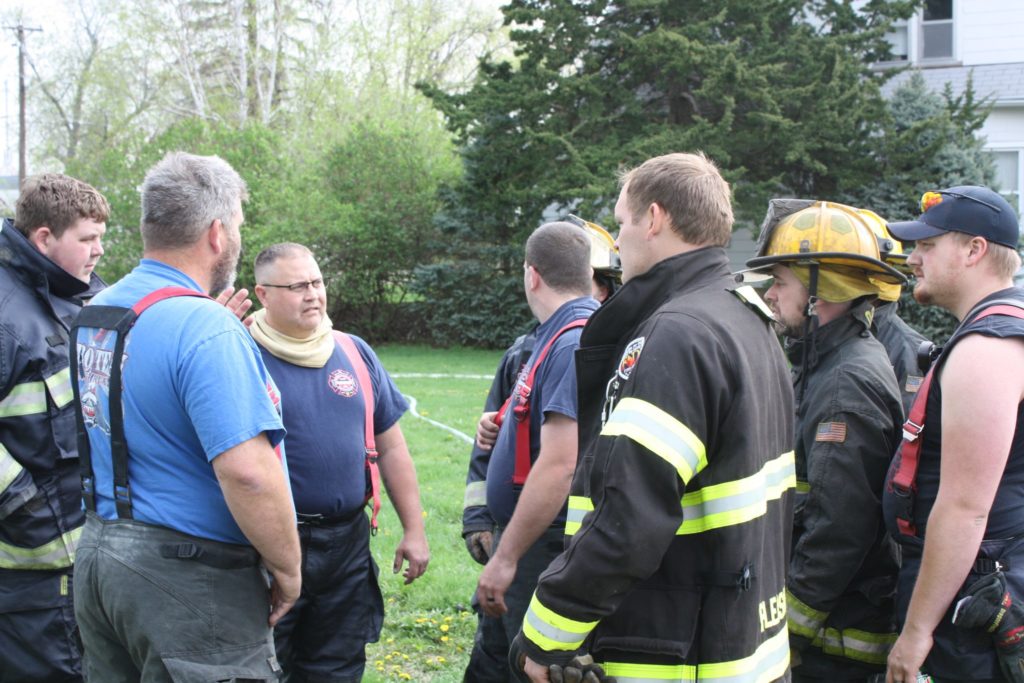 No one entered the house after it was set ablaze. Van Ness said he wanted to keep every attendee “fresh” for when the fire spread to limit it to the targeted structures. None of the firefighters had any issues due to exposure, no one was injured and the entire session went off without a hitch. 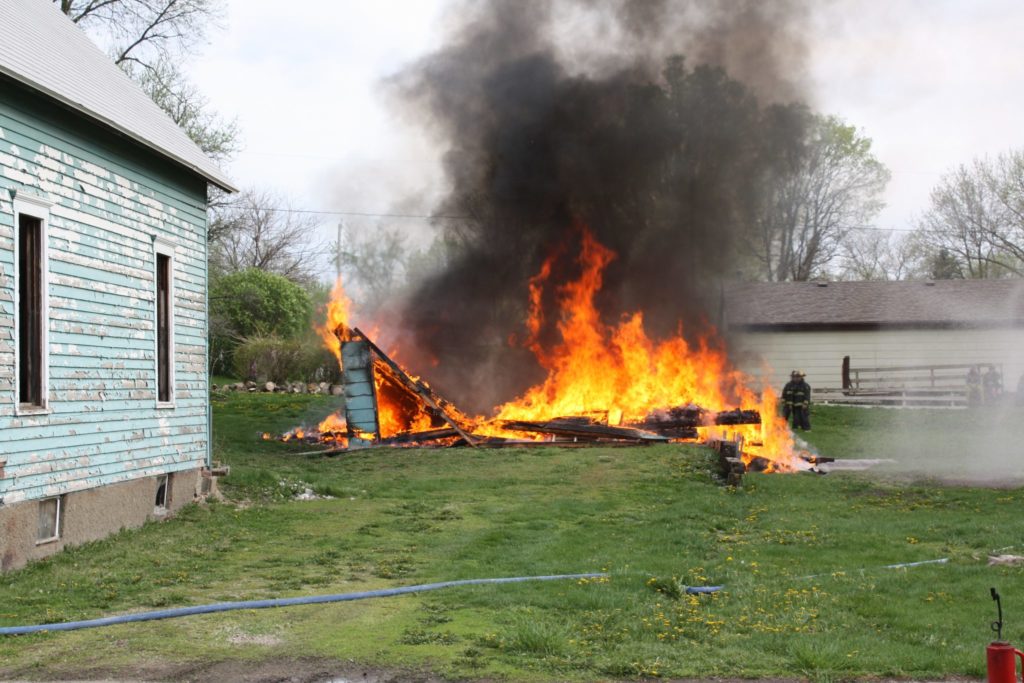 Neighboring homes and businesses were notified of the planned burn, prior to the event. After the fire was extinguished, Checkerboard Restaurant welcomed the firefighters for a free meal. Photographers were allowed to take pictures of the practice, from a safe distance. Van Ness wants to thank Checkerboard and everyone else for their cooperation and assistance. 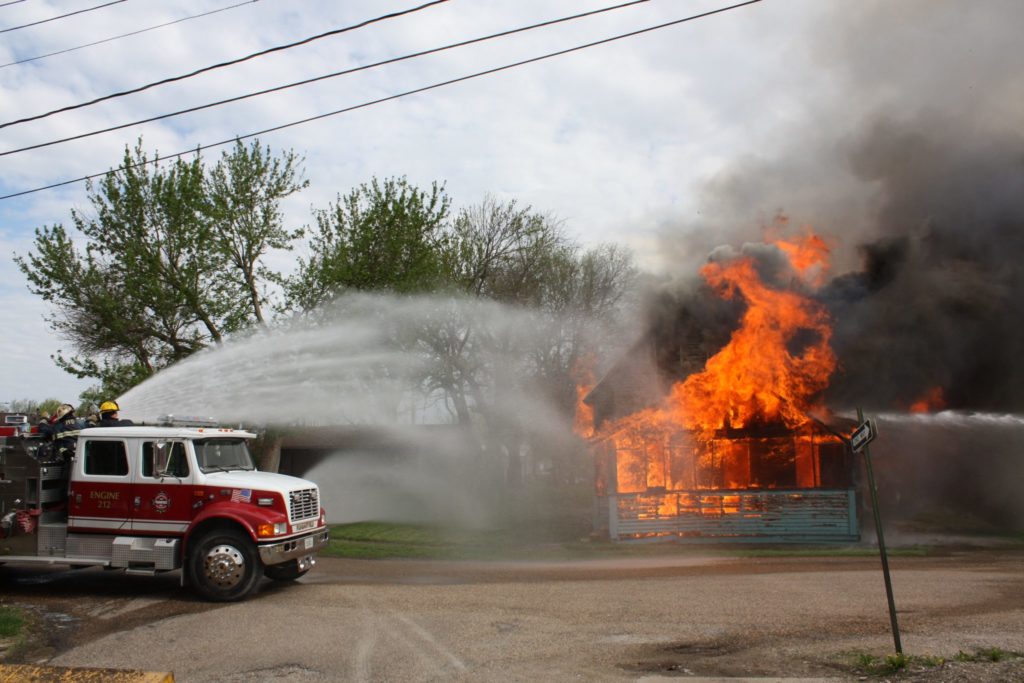 Photos from the fire department’s exercise will be available for viewing at www.marioncountytribune.com when the site launches on May 16.